Soyez le premier à commenter ce produit
25,00 $CA
En stock
SKU
BK101300-00
How do you colour the world? The question bubbles in Bufanda’s mind. Bundled in the folds of her multicoloured scarves, she wanders endlessly through the city. There she will meet Mr. Hat and the Elastic Man, who help her find her own way. What about you? Do you know how to colour the world?
Skip to the end of the images gallery 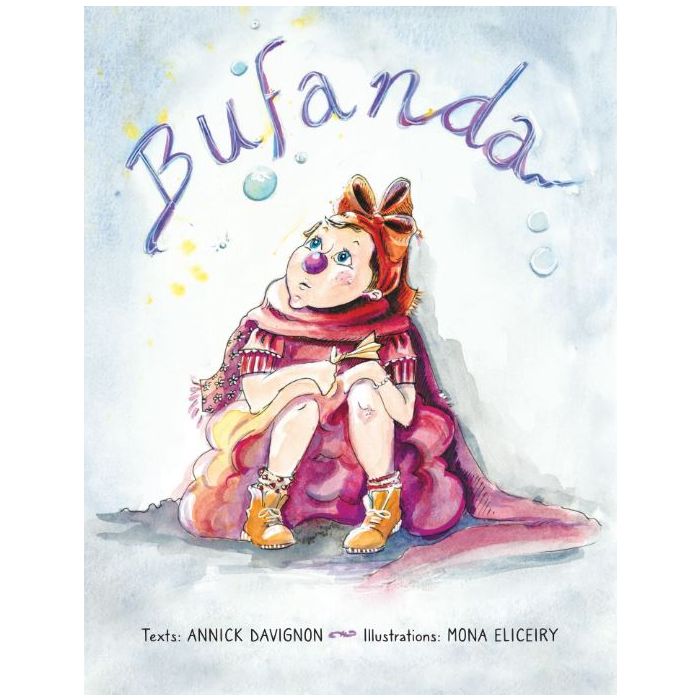 Skip to the beginning of the images gallery
Details
Annick Davignon grew up in the North Shore region of the province of Quebec. Since she was little she had a fascination for clowns and the circus. In 2014, she traveled through Peru as a social clown. This is where her clown Bufanda was born. A few years later, she has finally realized one of her dreams: to write a book that tells her own story through her clown, Bufanda.

Mona is a versatile artist and illustrator who also works as a set and costume designer. In recent years she has worked for Cirque du Soleil touring shows around the world. It is amidst all this travel and discovery in the company of clowns, musicians, and acrobats that she found the inspiration to illustrate Bufanda!
Plus d’information
Avis
Rédigez votre propre commentaire
Seuls les utilisateurs sauvegardés peuvent soumettre leur avis. Veuillez vous connecter ou créer un compte
Copyright © 2013-présent Rapido Livres, Inc. Tous droits réservés.