Soyez le premier à commenter ce produit
22,00 $CA
En stock
SKU
BK101029-00
Hector ( Hec ) Clouthier was a maverick politician , a small man with a big hat and bigger ambitions . This book Give ' Em Hec ! is a dishy maverick's memoir full of horses and guns , fightin' and cussin' , grudges and treachery - great stuff to spill. There's lots more. Hec shot his first moose at age thirteen, ran 36 marathons , quit "" boozing "" in 1984 before things got messy , met Nelson Mandela , George Bush and the Queen , raced horses , adored his father and lamented the early death of his mother ,raised three sons with his spouse Debbie . Unmistakeable in his signature fedora, Hec was the memorable MP for Renfrew- Nipissing -Pembroke .
Skip to the end of the images gallery 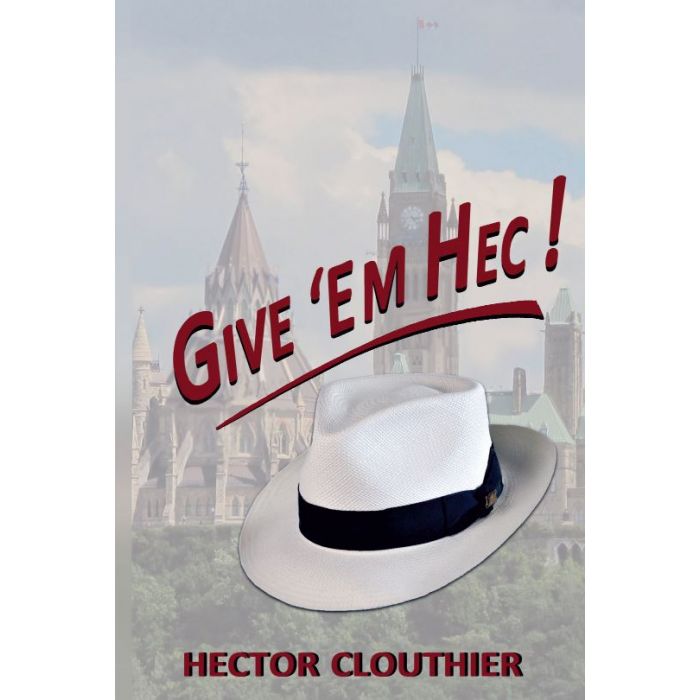 Skip to the beginning of the images gallery
Details
Hector Clouthier was born and raised along with his five sisters and four brothers on the family farm outside the Ottawa Valley city of Pembroke , Ontario.

During his lifetime Hector has been involved in farming , lumbering , horse racing and politics . He has served as a Federal Member of Parliament for Canada and as a Special Advisor to the Prime Minister of Canada.

As a physical fitness advocate Hector's passion is marathon running . He ran his first marathon at the age of fifty-one and till now at the age of sixty -nine, Hector has run thirty-six full marathons including the legendary Boston Marathon five times .

He has been described at times as being colourful , combative , captivating , candid and charismatic.