Reinventing Themselves: A History of the Hamilton and Forrester Families

This collection of short articles traces the descendants of weaver Robert Hamilton and carpenter David Forrester. The two Scottish immigrants and their families came to Upper Canada in the 1830s and became part of strong farming communities. Fifty years later, both families moved west. The Hamiltons were founding settlers of a temperance community that eventually became Saskatoon. The Forresters took up prairie farming in southern Manitoba.

The following generations continued to reinvent themselves, with several pursuing careers in Winnipeg, Manitoba. Among them were physician Thomas Glendenning Hamilton and his wife, nurse Lillian Forrester. After their young son died in the 1919 influenza pandemic, the couple began holding seances, and their research into psychical phenomena brought them international fame. Janice Hamilton was curious about her paternal great-great-grandparents and their descendants. In this book, you’ll follow her to Scotland, Ontario, Manitoba and elsewhere as she delved into their stories.

Skip to the end of the images gallery 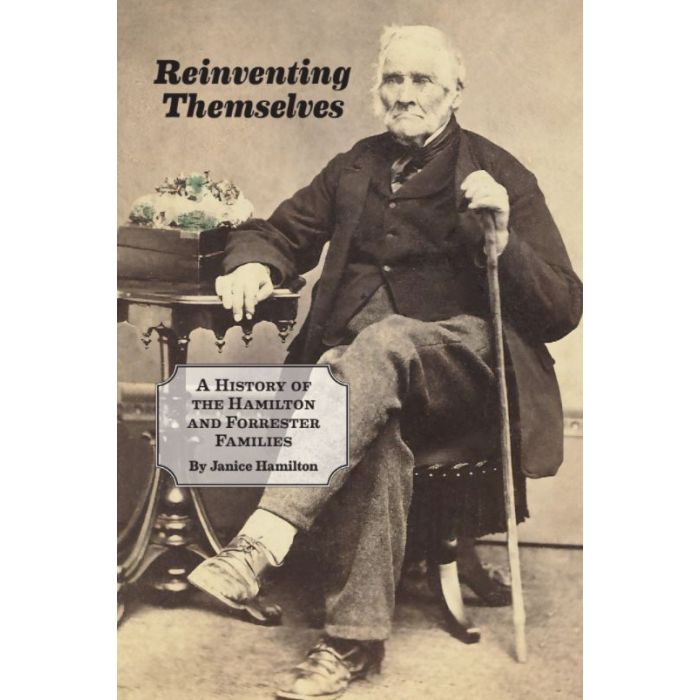 Skip to the beginning of the images gallery
Details
Janice Hamilton studied journalism at Carleton University and spent six years as a reporter for The Canadian Press in Montreal. She was a freelance writer for 30 years, and her articles appeared in numerous magazines, including Canadian Geographic. Her book The St. Lawrence River: History, Highway and Habitat was published by Redlader Publishing in 2006. She has written a family history blog, Writing Up the Ancestors (http://writinguptheancestors.blogspot.com), since 2013, and she contributes to the collaborative blog Genealogy Ensemble (https://genealogyensemble.com). In 2017, she contributed to and co-edited Beads in a Necklace: Family Stories from Genealogy Ensemble. Janice and her husband, photographer Harold Rosenberg, have two sons and two grandsons.
Plus d’information
Avis
Rédigez votre propre commentaire
Seuls les utilisateurs sauvegardés peuvent soumettre leur avis. Veuillez vous connecter ou créer un compte
Copyright © 2013-présent Rapido Livres, Inc. Tous droits réservés.