Holy Terror and the Beauty of It All: how to live with existential anxiety

Human beings have always felt insecure in the world. Despite confident proclamations by science and religion, no one can be absolutely certain what is really going on here in this drama we call existence. In contrast to the eternity and boundlessness intimated in our consciousness, we are haunted by the realization that we are finite, vulnerable, mortal—and perhaps meaningless—creatures. The ambiguity of all experience leaves us in a state of fundamental uncertainty, with a buried anxiety underlined by fear of mortality.

Holy Terror and the Beauty of It All is a reflection on the human condition. The first part of the book explores personal and cultural defenses against existential anxiety. The second part presents a theory of consciousness as a guided hallucination created by the brain. The third part proposes a stance of appreciation as an antidote to anxiety: the other side of “holy terror” is “the beauty of it all.” The ability to consider consciousness as a personal creation, rather than a window on the world, enables us to appreciate experience for its own sake, despite uncertainty. It is the basis of art, and also of tolerance, responsibility, and the creative ability to think, perceive, and act outside the box. Available at all times, this stance can provide special consolation in old age and in situations of deprivation or despair. The discusses the complementary roles of belief and doubt, reaffirming the value of standing back to appreciate the grandeur of the whole. A Postscript follows up the topical relevance of these ideas in the age of pandemics and fake news.

Skip to the end of the images gallery 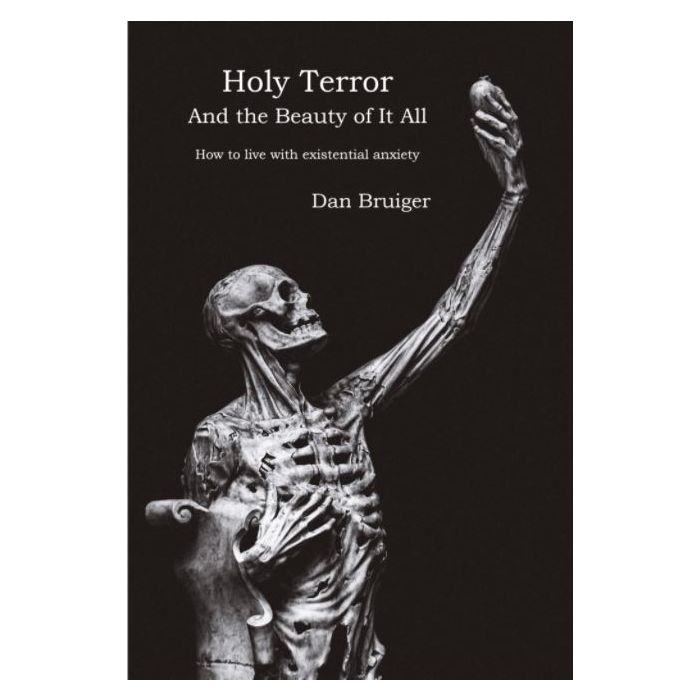 Skip to the beginning of the images gallery
Details
Dan Bruiger is an independent scholar with a lifelong interest in art, science, and philosophy of mind. He resides in a small community in British Columbia and is author of two previous books: "Second Nature: the Man-made World of Idealism, Technology, and Power" (2006) and "The Found and the Made: science, reason, and the reality of nature" (2016)
Plus d’information
Avis
Rédigez votre propre commentaire
Seuls les utilisateurs sauvegardés peuvent soumettre leur avis. Veuillez vous connecter ou créer un compte
Copyright © 2013-présent Rapido Livres, Inc. Tous droits réservés.